A few weeks ago, ZDNetâ€™s Ed Bott reported on the way that potentially unwanted software gets installed with Java. Hereâ€™s what to look out for.

With the frequency of Java updates, you have probably seen (and ignored) the popups that ask you to install. But if you do run an update (which you very much should, if you need to have Java installed at all) or if you are about to installÂ Java for the first time, hereâ€™s what you want to look out for. 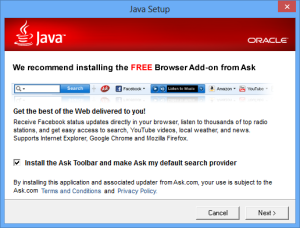 In the installation process (that most people just click through without worrying about what the default settings actually are), one of the screens that comes up is the one above. It clearly states that Oracles recommends installing it, and it provides a whole bunch of things that need to be right in front of you at all times, like Facebook status updates and YouTube videos. And it works with Internet Explorer, Google Chrome, and Mozilla Firefox. Whatâ€™s not to like about any of that? So you click next, the Java installer does its thing, and then you see this screen: 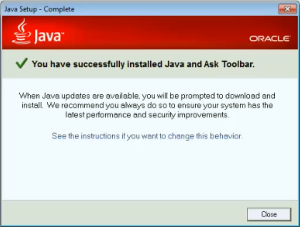 Success! You click close and you open up Internet Explorer, Google Chrome, and/or Mozilla Firefox to check out your shiny new Ask Toolbar. But the toolbar is not there. What gives? Without telling you, the Ask Toolbar installer sits on your system and does not run for 10 minutes. And only then it runs silently, with no GUI or any other indication that itâ€™s running except for a momentary blink of an hourglass cursor while you are doing something else.

Along with the annoying toolbar, your browserâ€™s default search engine also gets set to Ask, so even when you donâ€™t use the toolbar, you are getting results from Ask unless you explicitly visit another search siteâ€™s URL first. Aside from the poor search results compared to Google or even Bing, this is shady and dishonest and Oracle owes Java users more than that, since we have so many security problems with Java to begin with.

Do you have questions about toolbars or search engines that are in use by your organization? Give Everon a call today!

You finally took the plunge and switched from your Windows PC to a Mac! Goodbye, viruses and BSoDs! To make sure you can still work, you should probably install Office for Mac 2011. Using Word, Excel, PowerPoint, and Outlook means that you can easily share files and emails with your co-workers just like you did before. 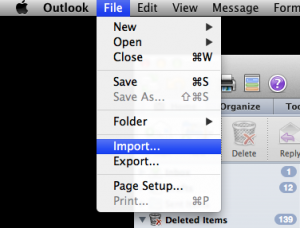 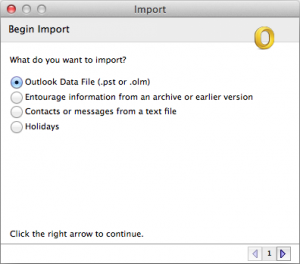 3. Select Outlook for Windows Data File (.pst) and then click the right arrow. 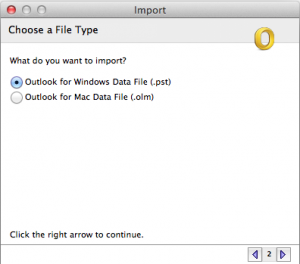 4. Navigate to the folder where your PST is saved and select it. 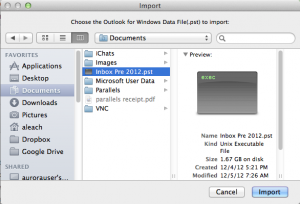 5. Outlook will import your PST. Depending on the size of your PST, you may want to go get yourself a nice refreshing glass of lemonade to enjoy while it finishes. 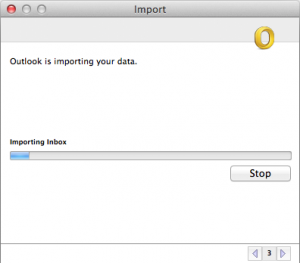 6. Outlook will let you know when it is finished processing. Click Done. 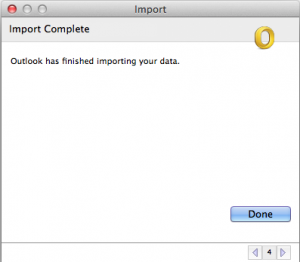 7. Now you will see a section in the navigation pane called On My Computer and under that you will find your imported messages. 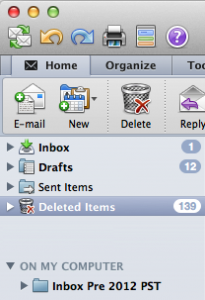 Thatâ€™s it! You are all ready to read your old email on your new Mac!

Are you thinking about making the switch from Windows to Mac? Give Everon a call if you have questions.

My dad frequently asks me when the day will come that we will no longer need passwords. He happily tells me that he would rather not have passwords at all because they are too hard to remember. Here is a good tip I learned for coming up with a long password that is difficult to guess but also fairly easy to remember. Think of a line from your favorite movie. For this example, I will use one line from the character Vizini in the classic “The Princess Bride:

“Only slightly less well-known is this: never go against a Sicilian when death is on the line!”

If you take the first letters from each word, you end up with this string of characters:

Already we are off to a good start because we have 18 characters. Now we just need to mix in some caps, numbers, and special characters.

Strong passwords are always a challenge since they are usually difficult to remember and therefore get written down on a sticky note stuck behind the monitor, defeating the whole purpose of the password in the first place. On the other hand, passwords that are easier to remember are also usually easier to guess.

This method attempts to strike a balance between the gibberish and the memorable by applying a simple algorithm to a phrase that you already know. You can check the strength of your password using GRCâ€™s handy password tool. All of the checking happens in JavaScript, so your passwords are not getting sent anywhere. In a typical online password attack, the above password would take over 12 trillion trillion centuries to crack. Thatâ€™s a pretty secure password. But please please come up with your own since this one is here listed fro anyone to see.

Do you have questions about the passwords in your organization? Call Everon today.

The subscription options include Office 365 Home Premium, which is $99 per year and covers five Windows or Mac computers in your home. The Office 365 subscription includes Word, Excel, PowerPoint, and Outlook. It also provides access to Microsoftâ€™s cloud services for collaboration and online storage called SkyDrive. A nice bonus feature of the subscription is version updates are included.

It is important to note that the Office for Mac version included with your Office 365 Home Premium subscription is Office 2011, but that may change with the release of a newer version of the Office for Mac suite. Microsoft has not announced any release date for the successor to Office 2011, but the Mac releases have typically been around one year after the Windows version is released.

Do you have questions about which version of Office 2013 is right for you or your organization? Contact Everon today! 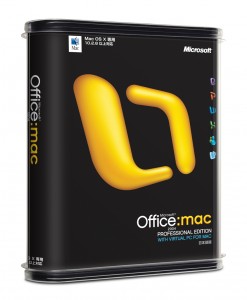 Microsoft Office 2008 for Mac was released on January 15th, 2008. It replaced Office 2004 for Mac and was the first version of Office to be released in a universal binary format, meaning it was compiled for both PowerPC (found in older Macs) and Intel (found in all new Macs) processors. It was supposed to be roughly equivalent to Office 2007 for Windows, but was lacking key features like VBA support, the Ribbon interface, and compatibility with Visio documents.

If your organization is still using Office 2008 for Mac, it is definitely time to upgrade. Office 2011 for Mac is a significant improvement over the 2008 version. Here are some of the new features:

The mainstream support end date for Office 2011 for Mac is January 12, 2016, so this version is going to be around for a while.

One important consideration is that Outlook 2011 requires Exchange Server 2007 or later, so it may be time to upgrade your server software as well.

Do you have questions about using Office for Mac 2011 or integrating Macs into your workplace? Call our Mac team at Everon!