Hi, I’m Wah. I am a problem solver! I was with Everon for over 8 years and am now the Director of Innovation for Everon’s parent company, PlumChoice, in Lowell, MA.

Crash is a part-time gearhead and part-time IT guy. He has worn several hats in the healthcare and wireless industries for over a decade. He works for PlumChoice as a Tier 2 support engineer and spends the majority of his free time having fun with cars, motorcycles, and snowboards. 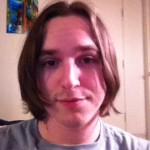 Austin is from Oklahoma where he was born and raised until 2013 when he joined Everon. Austin graduated from Edmond North High in 2006 and attended the University of Central Oklahoma. Interests include computers, drawing, tattoos, outdoors, and bad puns.

I’m not the most tech savvy person around, but I do enjoy listening and learning from the technicians at Everon. I find technology to be a never ending path of discovery and it is very interesting to explore.

Hi, I’m Chris and I have worked at Everon since 2007. I am a Flex Team tech with different technology experience. I have been working on Windows computers since I was 16, then started working on Mac computers more than 3 years ago. I also enjoy photography — I even had a job as a wedding photographer for 6 years.

Mathew Perry is Everon’s Remote Services Manager, based in Broomfield, Colorado. He is a dad, a mud runner, and a former U.S. Marine.

Hello! My name is James and I am an L2 Server Engineer at Everon. I have been a part of this fantastic team since 2012. My background includes 6+ years of IT work and passion for figuring out why things are broken. Hobbies include hiking, backpacking, running, and TOUGH MUDDER!

Jason is a Flex Team Engineer who has been with Everon/PlumChoice since 2010.  He works remotely, from Pennsylvania, where he enjoys doing projects around the house and on his computers at home.  Jason has been working with computers for about 24 years.

Lisa Lawley is the Business Operations Manager at Everon. She has been with the company for over 2 years and thoroughly enjoys working in the tech industry!

Curt is the Client Services Manager at Everon and has been playing with technology since a young age.  He grew up in N. Michigan, lived in Florida for a bit, and eventually moved to Colorado.  Outside of work, he enjoys woodworking, 4x4ing in the mountains,  and various other hobbies.

I am a Level 2 Engineer for Everon IT, before this I worked in Sarasota, FL doing IT, and before that I did audio/video engineering. I have a small family, with a dog and two cats, and I enjoy playing softball in two leagues, video games, and playing music in my spare time.

Alison Swanigan is the Director of Operations for Everon. She comes from a strong business background and has handled everything from accounting to marketing, prior to coming to Everon in 2010. Alison is a native Coloradoan and is not afraid to tackle large DIY projects at home in the north Denver suburbs.

Hi! Quinn here. I’ve been with the company since November 2014 and work in the Business Operations Department. I enjoy spending time with family, friends, and the great outdoors.

I am a Tier 2 Engineer for Everon IT services since January of 2011. I have been in the IT game for almost 30 years with strengths in networking. My loves are my wife and traveling.

Josiah has been an L1 with Everon since January 2015 and is currently also pursuing a degree in Network and Communication Management. Prior to starting with Everon, he was a Team Lead for PlumChoice. Josiah served in the US Army from 2001 - 2013.

I have been a member of Everon family as a Tier 1 Tech since June of 2014, and love the challenge of day to day technical problems. Born and raised in Colorado, I naturally enjoy all things outdoors, but also enjoy playing music and creating 3D art in my free time.

McKinley joined Everon in 2014 as a Sales Executive. Prior to that he had cultivated a deep tech background, during which he developed a broad-based mobile app patent and served clients like Rihanna and Heineken. He has a degree in Economics and a minor in Computer Science from UMass Amherst. To-date, McKinley still enjoys the video game Civilization, and doesn’t understand why anyone would want to manage a farm or be mayor of a city, “…when they could rule the world!”