Busy days have a way of inducing stress that seems to creep in unnoticed and then grows like a plague until you have had just about enough. On the particular day of this story, although I was busy and somewhat stressed, my entire week did not compare to my customer’s single afternoon.

Before calling, I reviewed the service ticket, which had been placed in the queue minutes before. It stated that after six hours’ worth of work, a woman’s Word document had mysteriously vanished. But the service ticket also noted that she’d saved her work along the way. Knowing that she’d saved as she’d gone, I figured the document should be easy to locate for someone who knows his way around a computer, like me. Piece of cake, I thought as I dialed. But I guess it was a good day for a curve ball. 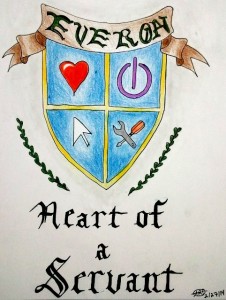 (In addition to being a phenomenal tech, Austin is also an artist. He free-handed this on his lunch break.)

When she answered the phone I could tell there was some unsettled stress to her voice. I assured her that as long as she’d saved, her Word file, which she’d worked on ever-so-diligently for such a lengthy amount of time, would be found. We searched the machine and could not happen upon it. We searched all over her drives, checked her recently-changed items, and searched her work machine, via their login system, to still only find the original, unedited file. I thought maybe it had some sort of encryption, so I saved the original file separately. But, to my surprise, I was able to edit and change it. Decryption wasn’t the answer.

I started to run out of ideas and felt the grip of hopelessness closing in. We’d tried everything I could think of – and everything my fellow techs sitting nearby, listening with helpless empathy, could think of. I decided to do one last-ditch search and looked on her work network, even though we had already checked her work computer, and she’d done all of the editing at home.

There was one, odd find.

My heart started to thump, but I didn’t want to get her hopes up. Cautiously, I clicked on the file. Word blinked, and the file opened. It was indeed the edited version of the document that she had tweaked, re-written, and slaved over for six, whole hours. (Apparently, the computer was saving to their network the whole time, even though the file existed on her home computer.) I could tell by her inflections that she was relieved and smiling as she thanked me. The tears in her voice made the whole experience that much more meaningful and added a sense of accomplishment to my day.

Oh no! You have to submit your resume, but the company you are applying for does not allow any text document only a PDF file, what do you do now? Well have no fear! There is a quick and easy online solution to converting any of your files online.

I like most people can not afford expensive converting software programs, so I use a free online Converting tool. It is free and easy to use!

4: Hit the Convert Button. (Special note, if your file is over the size 2mb this may not work for you, due to restrictions that most Email Hosting Providers do not allow files larger than 2mb.)

Did you know that there are some tricks to Google that most people do not know about? Blow is a listing of a few that I find very helpful!

Visit Google Local enter the area you want to search and the keyword of the place you want to find. For example, typing: Restraunt at the above link would display local restaurants.

Enter a full phone number with area code to display the name and address associated with that phone number.

Enter the airline and flight number to display the status of an airline flight and it’s arrival time. For example, type: delta 123 to display this flight information if available.

Google can also give a direct link to package tracking information if you enter a UPS, FedEx or USPS tracking number.

Pages linked to you

See what other web pages are linking to your website or blog by typing link: followed by your URL. For example, typing link:http://www.insertwebpagehere.com displays all pages linking to the website you put in place.

Add fileType: to your search to display results that only match a certain file type. For example, if you wanted to display PDF results only type: “HP Prolient” fileType:pdf — this is a great way to find online manuals.

Use the Google Search engine as a calculator by typing a math problem in the search. For example, typing: 200 + 200 would display results as 400.

Quickly get to a stock quote price, chart, and related links by typing the stock symbol in Google. For example, typing: msft will display the stock information for Microsoft.

Along with many added features, Office 2013 has really out done itself this time. In this post I am going to share with you one feature within Microsoft Word 2013 that is not only handy, but quite frankly, awesome!

With the 2013 version of Office Microsoft has given you the ability to insert online videos directly into your Word document. This quick and simple process will really spice up what would be a rather boring document. By following these easy steps, you will be on your way to adding life to you word documents. ENJOY!

4) From this menu, you will have the option to search online videos from Bing, embed a video code, or input a video from YouTube. 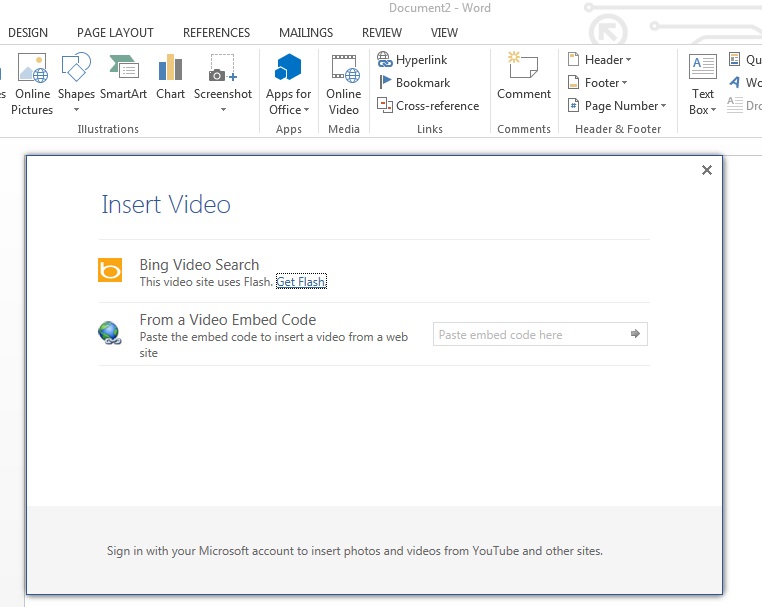 On several occasions, the question about “compatibility mode” has arisen. When you open up one of the Office suite products, some times it opens in compatibility mode and limits the functionality of what you can do within the product.

Even though “compatibility mode” sounds like something really complex and can be offsetting, do not fret as there is a simple and quick way to convert it back to normal mode.