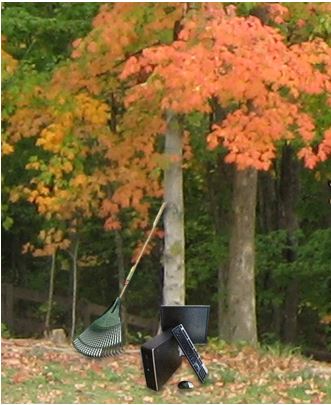 There’s no time like now to get in all that fall cleaning you want to do before the holiday season kicks in. So why leave your computer out of all the fun? I asked the techs at Everon what they would do to clean their own computers. Here are their top five responses:

1.      Run a virus and/or malware scan. If you don’t want to spend the time running both, pick one and do the other later. You can get good virus removal programs, like Avast, AVG, Symantec, or Malwarebytes, a malware removal program, for free. Each of these scans could take several hours. A good idea is to start the scan before you go to bed and let it run all night, while you sleep.

2.      Get rid of extra programs that you don’t need. A lot of times, when you download or install new software, you’re also saddled with extra programs you neither asked for nor need. Those can be a real memory-suck. Look for ones that redirect your browser. (Any extra toolbars on your Internet browser?) Now is a good time to uninstall these pieces of baggage. Also, bloatware – preinstalled software on a device – is another nuisance. Check out this blog, by James, for one way to get rid of it. This process should take around 30-45 minutes.

3.      Blow the dust or lint out of your system, especially the fans. This can be done with one of those handy cans of compressed air, available at just about any store that sells office supplies, or with an air compressor. If you haven’t done it in a while there will be a lot of dust, so you may want to take your computer outside. Remove the outer casing and blow away. (Note: do not use your breath! The moisture from your mouth can damage the microprocessor. Plus, if you get too close to all that dust you will probably sneeze.) Pay particular attention to getting those dust bunnies out of the fans. If they stay clogged up, your computer can overheat.

4.      Clean your keyboard. While you’re taking your computer outside to power-blow it, unplug and bring along your keyboard. Tilt it upside down, and blow it out, too. You will be both grossed out and amazed at what falls out of there. But all of that stuff can build up between the keys and make them stick or not work properly.

5.      Clean your screen, mouse, and keyboard (again). As long as we’re doing a proper cleaning, let’s do it right. You can get out the isopropyl (rubbing) alcohol and cotton swabs, or you can just buy pre-moistened, disposable electronic wipes (my preference). Wipe down your computer screen and your mouse. Pay attention to the buildup on the mouse’s underside. Also, before you plug your keyboard back in, give the keys a good wipe down. These last three steps will take you 30 minutes or less.

There, all done. This entire process can take an hour or so (not including the scan that ran while you were asleep), but once done your computer will run more efficiently. You can add years on to the life of your machine with regular maintenance like this. Not to mention how good it feels to have a sparkly-clean desktop.

Two weeks ago they hit iPhone users in Australia and New Zealand. This week the reports came in that they’d hit Android users in Eastern Europe, specifically Ukraine. We’re watching, waiting to see if-and-when one of them will hit Western Europe and the U.S. — Oleg Pliss and his kin, Simplocker. They’re not people; they are a new round of cell phone viruses, and the difference is that they’re ransomware. Pay them money, or they threaten to hold your contacts, pictures, or even your whole cell phone hostage.

No, viruses for cell phones aren’t new. In fact, there’s a whole slew of mobile device virus protection software (Lookout, AVG, Avast, etc.). Trouble is, ransomware is notorious for getting around anti-virus protection.

Early reports indicate that, at least in the case of Ukraine’s Android virus, Simplocker, the level of encryption isn’t as complex as Cryptolocker. That doesn’t make it any less annoying, though. And according to some reports it does no good to try to pay Oleg’s ransom because the payment is linked to a PayPal account that doesn’t exist.

So, being a bit freaked out about this (even though my phone is a Windows platform, which hasn’t yet been affected), I asked my guys, the techs here at Everon, what I should do if my phone were hit by ransomware.

“The best thing you can do is to just wipe your phone,” Jeff Woods, one of our experienced L2s, said.

“And then reload all of your info from your backup,” Frank Lindsey, the L1 Supervisor added.

Um, okaaaay…? I felt like a kindergartener in college. Wipe my phone? And… is it automatically backed up? How do I do that if it’s not?

“Well,” Frank said, “if your cell phone is registered with us, at Everon, you could call and we can do a factory wipe for you. Or most cell phone providers can also do that, if you just call Sprint, AT&T, Verizon, or whomever.”

“Alternately,” James Schaffer, another of our L2s, said, “you could perform your own wipe in your phone’s settings.”

I checked my phone’s settings and couldn’t find where to do this. James told me to go to “Settings” -> “About,” and then click the button that says “Reset Your Phone.” (Of course, this only works if your phone isn’t locked by a virus.)

As far as doing backups, it turns out most phones do have automatic backup features. But iPhones, for instance, have to be plugged into your computer to perform their backups – something many iPhone users never do (they only charge the battery). And then there are the settings on the backup. If you’ve only told it to back up your contacts, you run the risk of losing any pictures you haven’t manually saved. (Or already posted to Facebook.)

There are programs you can use to do your auto-backups, too. Google Drive will automatically backup your mobile data. Dropbox, Picassa, Facebook, and Google+ are other sites that will also perform auto-backups on your data and/or photos if you adjust their settings correctly. (Ah, more settings. Good thing I have tech support here!)

So if your mobile data is all backed up, and you do get infected with something evil that needs last-resort measures, like ransomware, all you have to do is wipe and restore. (One site I found estimated this process would take no more than an hour.) Easy-peasy. If you’ve backed up your data.

Sometimes the best defense is just the ability to recover. 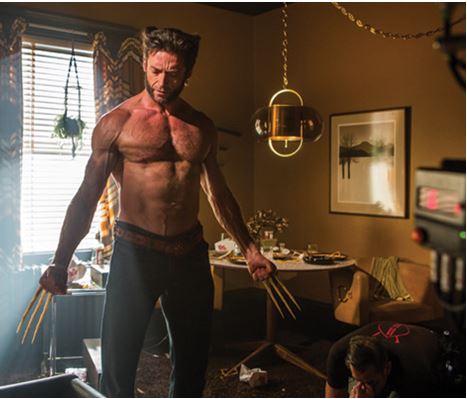 Recently I received an email from my boss warning me about a resurgence of the FBI virus. This is one where the user receives an email alert, supposedly from the FBI, about “someone” the user knows, who the FBI is investigating. When the user clicks on the link within the email, the computer becomes infected. However, there’s an easy way to spot and circumvent this virus. According to the Federal Bureau of Investigation, on their website:

“The FBI does not send unsolicited e-mail.”

Since I was already on the FBI’s website, I decided to do a search for “FBI virus.” Several links came up, some of which were of more concern than simple don’t-click-on-the-email-link remedies. Like Reveton. According to the FBI, Reveton (which has been around since at least 2011), is considered “ransomware” because it makes its victims pay to make it go away. And, unlike viruses that insert themselves when users click on an email attachment or on a link within an email, this one starts when a user clicks on a seemingly innocuous, but already-infected website. At that point the user’s computer locks up with a message accusing the user of illegal activity.

“The bogus message goes on to say that the user’s Internet address was identified by the FBI or the Department of Justice’s Computer Crime and Intellectual Property Section as having been associated with child pornography sites or other illegal online activity. To unlock their machines, users are required to pay a fine using a prepaid money card service.”

Short of paying the ransom, which some people have done, what could someone do to get out of something like this? The FBI says to contact your tech support for more advice.

So I got up and walked back to the Everon Tech Pit.

(Okay, not exactly what the FBI had in mind, but not everyone is as fortunate as me to work at a tech support company.)

The guys had a lot of thoughts on the subject of viruses – not all of them reassuring. Tony Cooper and Crash, two of our L2s, referenced the Porn virus, a pesky one that installs itself and attaches the label “porn.exe” to all of your files, making it look as though your computer is full of that stuff. Jesse Wood, one of our L1s, piped up with a reference to a new type of virus that can infect a computer through sound waves. Really? “Yup, it’s real,” James Schaffer, an L2, nodded. “It’s not widespread, and the opportunities for this type of virus to spread are not great, but it can get into computers through open mics, for example.”

Tim Woodworth, our Senior L2 — not someone who clicks on questionable links — said he was once infected by Reveton, and to this day he can’t figure out how he got it. “It was a few years ago,” he said. “I just turned my computer on one day, and there it was, all locked up. I wasn’t going to pay them any money, but it took me forever to rebuild my hard drive.”

L1 Supervisor Frank Lindsey said that the newer, more dangerous version of Reveton is called Cryptolocker. “There are a variety of ways you can get it – clicking an email link is only one of them – and it encrypts all of your files. Then, if you don’t pay the ransom in a certain number of days, the files can’t be decrypted and are lost. The thing that makes it so dangerous, though, is that it’s such well-written code there’s no antivirus for it.”

So what’s the best defense?

L2 Jeff Woods said first and foremost you should try to only click on reputable sources. By that, he means sites that have less ads. He likes surfing with Chrome because of its speed and because it has an ad-blocking extension. Also, Woods recommended that users install a 2-step protection: a daily quick-scan and weekly full-scan of a good anti-virus software, like Vipre, AVG, or Symantec (his favorite), and a monthly scan with anti-malware software, like Malwarebytes.

If all of that fails, and you still get infected, then what?

“Unless you’re really tech-savvy, don’t try to deal with it yourself,” Woods said. “Call your support company. We deal with this stuff so often, we can probably get rid of it quickly, depending on the virus, or help restore your hard drive, which you’ve hopefully had us back up for you on offsite storage.”

Yup, it’s a scary world out there, folks. But I feel much better about dealing with it, knowing I’ve got my Everon crew. Oh, and the FBI, of course.