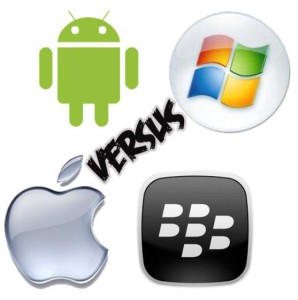 Let’s compare size: you know that size sometimes does matter.

According to a Gartner, a leading information technology research company, Android OS phoned finished 2013 with a 78.4% market share, Apple’s iOS accounted for 15.6 %, Microsoft Windows phones were at 3.2%, Blackberry at 1.9 %, and other operating systems came in at just .9 %. So if size matters, then Android is the way to go. Check out the pretty chart:

So here is my take on the whole situation:

Keep in mind that these are just my personal thoughts. The best way to decide for yourself is to play with the operating system to see what your personal preference is and go from there.

At the end of January, Research In Motion, the troubled Canadian mobile technology giant, announced a new company name, two brand new handsets, and a new operating system to run on those handsets.

To start off, the company name has changed from Research In Motion (RIM) to BlackBerry. This just simplifies things and I think we can move on to the good stuff.

The new operating system is called BlackBerry 10 and it is a major leap in terms of features and capabilities. You can read an extensive review of BlackBerry 10 running on the Z10 here at The Verge. BlackBerry has also announced that all PlayBook tablets will be upgraded to BlackBerry 10 when it is available.

Do you have questions about integrating new mobile devices into your corporate fleet? Call Everon today and our engineers will help answer all of your questions. 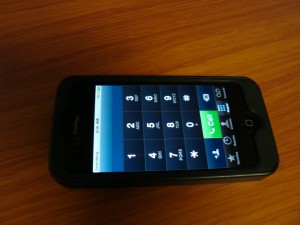 Finding great Apps for your smartphone can be a dizzying process. Here’s five worth checking out for increased home and business productivity:

Siri- A personal assistant app that does it all. Using voice activation, location data, and site reviews Siri helps you find, plan, and make reservations for lunch or dinner. Just say what you want, “I want dinner for two at an Italian restaurant” and Siri will search using your location, bring up multiple results, and even book a reservation all from your phone in a matter of clicks.  http://siri.com/   Platform: Iphone

Stitcher- Like podcasts? Stitcher allows you to listen to podcasts on demand-without downloading. Perfect for the drive to work when you don’t want to listen to the radio, but haven’t updated your favorite podcast in itunes.  http://www.stitcher.com/home.php  Platform: ALL

Evernote- This all in one app let’s you save all you productivity in one place and then access it from any device. Save web pages, emails, notes, calendar entries and almost all other media and easily find it in one place synced anywhere.  http://www.evernote.com/about/home.php  Platform: All 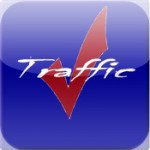 Traffic Check- Ever leave the house and miss the traffic report? Now you can check live traffic from your phone and avoid trouble spots as you drive. Using Traffic Check can help keep you on track during your busy day without being de-railed by unexpected traffic.  http://itunes.apple.com/us/app/traffic-check/id294702617?mt=8  Platform: Iphone

What are your favorite smartphone apps?

Confused about Smartphones??  Which to choose, what they are, how they work, what apps to download?  We’ve heard your cries and help is on the way!  Send us your questions for our upcoming “Summer of the Smartphone” webinar series! 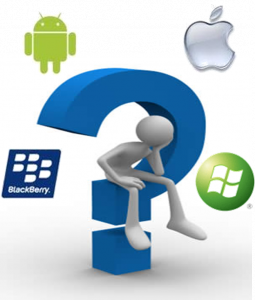 It’s hard to go into any business today where you don’t see a Smartphone on every desk.  Smartphone’s have become integral to the success of most businesses with the innovation in communication technology and integration with our day to day software and applications.  The options seem to be endless and the debates are heated.  Are you a loyal iPhone fan?  Will you defend your Android to the finish?  Do you know the difference?

This summer we’ll be running a “Summer of the Smartphone” webinar series to help answer all your burning questions on mobile technology and your business.  We’ll be covering how the use of a Smartphone can help your business stay connected, the differences between the many different platforms and sharing our favorite apps.

Reply to this blog with all your Smartphone issues and questions and it will help us make sure our webinars give you the help you need!

Any Blackberry user who has had their phone for long enough knows the necessity of occasionally shutting down the device, removing the battery door, pulling the battery, and then putting it all back together again. They know how annoying it is and how impossible it is to avoid it.

At least it used to be impossible…

There’s a fantastic application available called QuickPull from SteelThorn Software which frees memory quickly by simulating this battery pull. It’s easy to install and use, and it also gives you the option to schedule a daily soft reset so you don’t have to think about it.

I’ve put it on my Curve, and it works just like a regular soft reset… except I didn’t have to fumble with the case or the battery. It was great, and I plan on keeping it around.