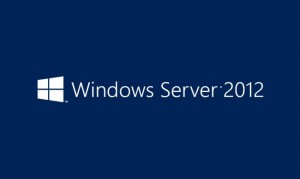 Windows Server 2012 is scheduled to be released to manufacturers this and will be for sale to the public in September! Are you excited yet? Here are some reasons why we are.

Microsoft will be making a big push in the realm of virtualization, attempting to take a bigger slice of the pie from industry leader VMware. Among the many new features of Windows Server 2012, one that has a lot of people talking, is the increased performance of virtual machines. VMware can currently deliver 300,000 input/output operations (I/Os) per second from a single virtual machine, and Microsoft has stated that Windows Server 2012 will be able to deliver over 1,000,000 I/Os. To put that in perspective, imagine that your flight time from LA to Tokyo was reduced from 10 hours to 3.5? Think of all of things you could do with that extra time.

Another new feature promising big speed increases over what is currently available is called offloaded transfer (ODX). Using ODX, a 10GB demo file was moved into storage in approximately 10 seconds, and without a corresponding spike in network utilization. So instead of having to wait until after hours to download software updates or run backups, they can happen during the day withoutÂ having anyoneâ€™s work interrupted.

These are just two of many new features that are coming with Windows Server 2012 and we will be keeping a close eye on it when it gets released. If you have questions about virtual servers or Windows Server products, call us at 888-244-1748 to talk to one of our network engineers.