Airline pilots have historically used bulky and heavy flight bags that include navigational charts, and other books/maps that they are required to carry on all flights.  United Airlines is the first to embark on a digital revolution, contracting with Apple to purchase 11,000 iPads to replace these heavy bags, reducing the weight of bags and saving fuel on all flights. 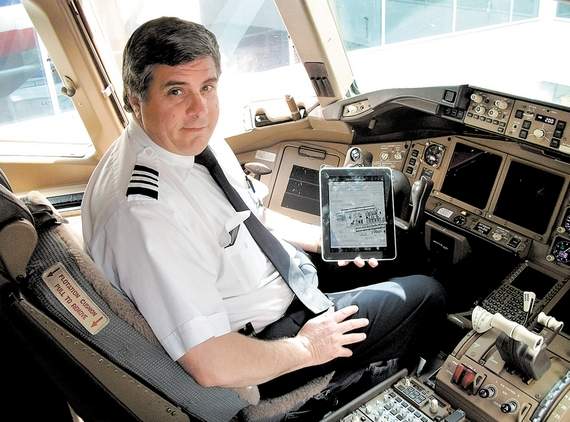 This full transition will take place between 2011 and early 2012 for all United and Continental pilots.

According to United Airlines:

Each iPad, which weighs less than 1.5 pounds, will replace approximately 38 pounds of paper operating manuals, navigation charts, reference handbooks, flight checklists, logbooks and weather information in a pilot’s flight bag. A conventional flight bag full of paper materials contains an average of 12,000 sheets of paper per pilot. The green benefits of moving to EFBs are two-fold-it significantly reduces paper use and printing, and, in turn, reduces fuel consumption. The airline projects EFBs will save nearly 16 million sheets of paper a year which is equivalent to more than 1,900 trees not cut down. Saving 326,000 gallons of jet fuel a year reduces greenhouse gas emissions by 3,208 metric tons.

This reduces clutter, and use of paper, and also allows for easy search-ability to avoid delays in finding important flight related information.

All iPads will be equippemd with Jeppesen Mobile FliteDeck, which is a free download from the App Store but requires a paid subscription to Jeppesen’s services. 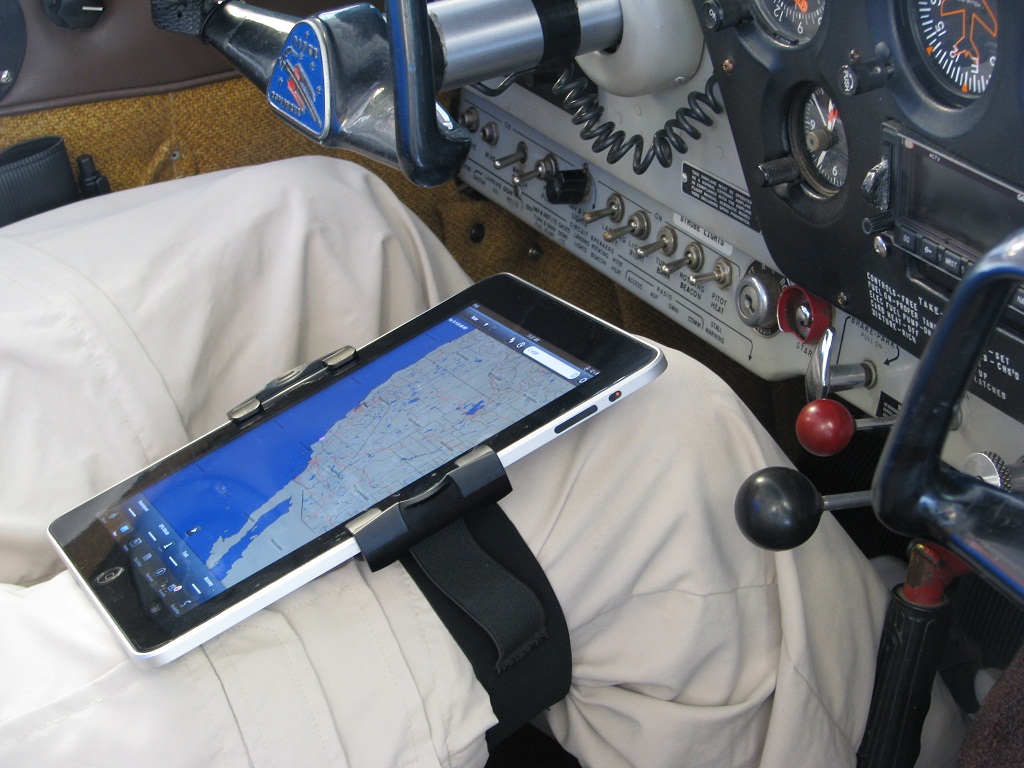