It has been over 9 months since CryptoLocker started encrypting systems and demanding a ransom. In most cases, when a new threat starts attacking computers, a fix or patch that will effectively nullify the threat is released within weeks. It is estimated that over $40 million dollars have been paid to the hackers so far, with no end in sight. 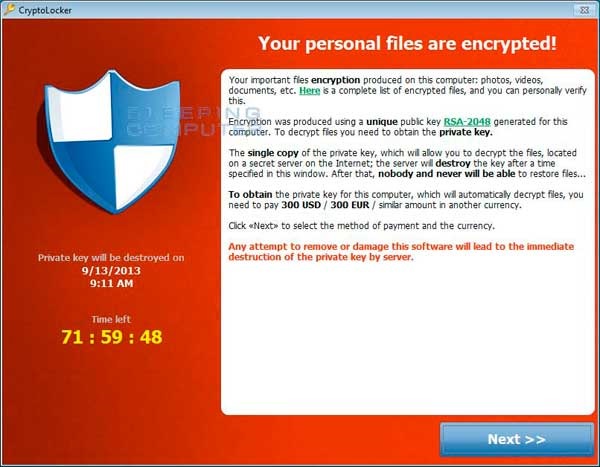 The dialogue box that appears on victims’ screens, once it is too late.

CryptoLocker is currently accepting payments via Bitcoin and MoneyPak. Since bitcoins are not regulated, it is impossible to trace anything beyond into which account the coins were deposited. As for MoneyPak, it is basically an international prepaid card into which people (in this case, victims) can transfer funds.

Is there any way I can protect myself?

Currently, the most common infection method is via email. Here is a list of some of the emails subject lines used to trick the user into opening the message. 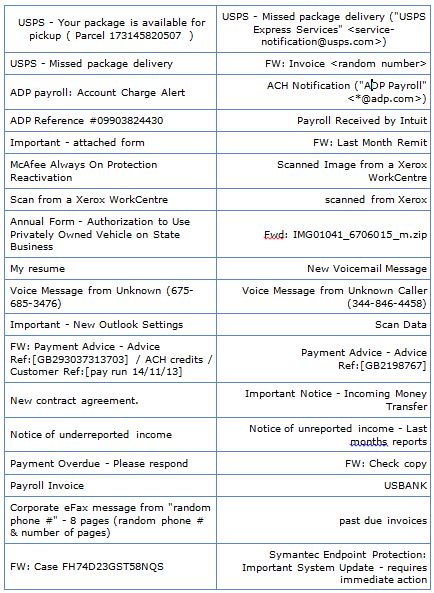 *Thanks to BleepingComputer.com for this chart

By opening the email, the user is effectively granting permission for the virus to install.
There are a few things that will help prevent infection and minimize its impact:

One important note: CryptoLocker will ONLY encrypt files on drives (local and mapped network). This means if you do not have a drive letter for it, it will not be encrypted. In technical terms, CryptoLocker cannot follow UNC paths.

Like most viruses, it is only a matter of time before a reliable method to block, remove, or decrypt files is discovered and made available. It is taking longer-than-your-average-virus-time to “crack” ransomware. But sooner or later it will be cracked.

Frank is the L1 Supervisior and has been with Everon IT since May 2013. He has taught several Excel classes and enjoys spending time with his family and playing poker.
More posts by the Author »