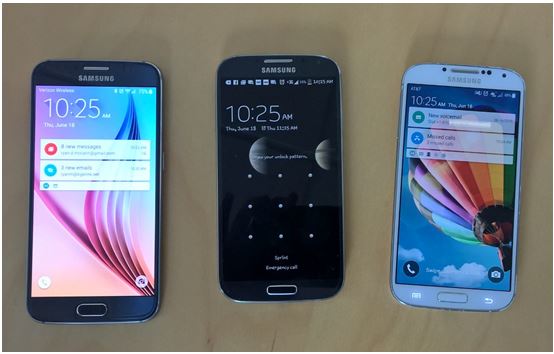 A random sampling of the popular Samsung Galaxy S4 and S6 phones, from around the Everon office.

According to reports released on June 16th, over 600 million Samsung mobile devices are vulnerable to a security risk that stems from a flaw on a pre-installed keyboard software produced by SwiftKey. If exploited, the device’s predictive text software can allow hackers to remotely access the phone’s GPS, camera, microphone, and even eavesdrop on inbound/outbound calls. Hackers can attempt to access personal data, including texts and pictures, and could install malicious applications without the user’s knowledge.

According to ABC News, Ryan Welton, a security researcher at NowSecure, discovered this flaw back in December 2014. He notified both the Samsung and Google Android Security Teams, and the U.S. Computer Emergency Readiness Team (CERT). Samsung has not publicly commented on the security flaw, but reports have stated that patches have been released to mobile network providers. Whether those providers have released those patches to devices is unknown.

Unfortunately, there’s not much Samsung Galaxy users can do to prevent this breach. The keyboard is already pre-installed on the Samsung Galaxy S4 Mini, S4, S5 and the newly released S6. This flawed application cannot be uninstalled by users. However, NowSecure, which has released a list of affected devices, states that there are a few remedies Samsung Galaxy mobile device users can take for protection:

If you’re unsure how to avoid insecure wi-fi networks, call Everon at 888-244-1748. We’ll do everything we can to help you reduce your risk.

Computer problems for the holidays (and post holidays!)
Seven Tips to Get the Most From Your IT Support Provider
Sonicwall Registration Issues - NEW UPDATE

Lisa Lawley is the Business Operations Manager at Everon. She has been with the company for 2 years and thoroughly enjoys working in the tech industry!
More posts by the Author »